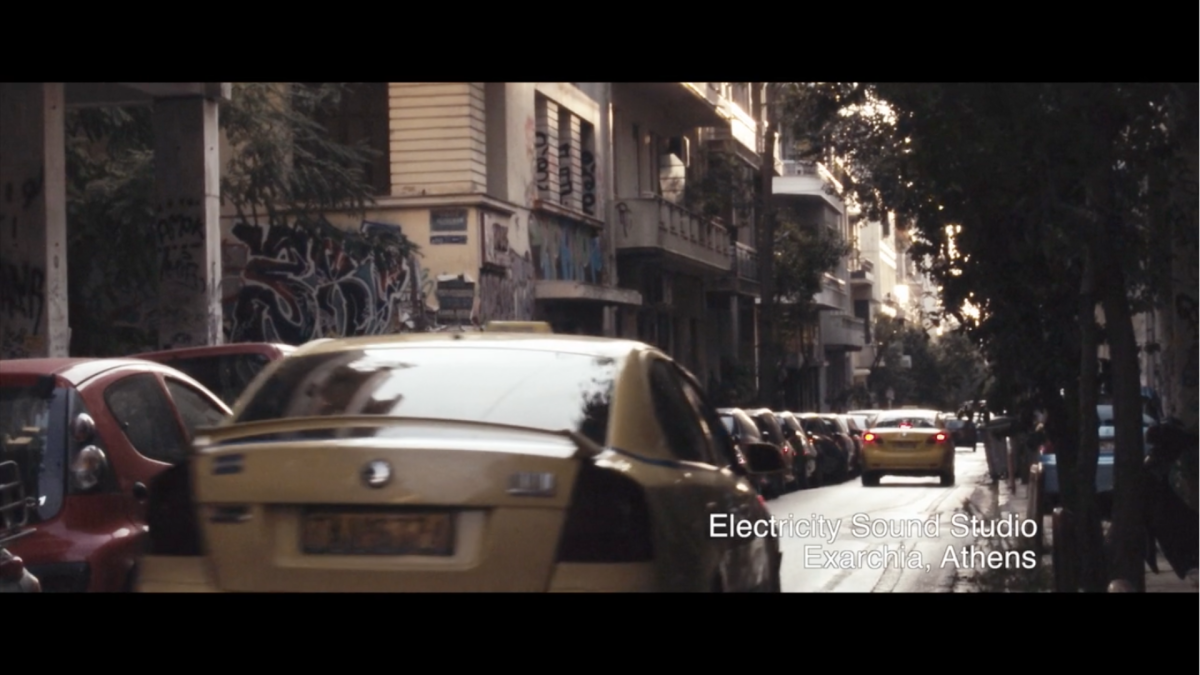 We would like to share the video that we shot with the Digital Bolex in Athens. Unfortunately we had problems importing the cinemaDNG files from the Bolex. Until now we couldn't find a way to do this properly. What you see here is just the HDMI output of the camera captured directly to the computer. We had to frame the image in 2,35:1 to remove the camera information, don't wonder why it's a bit tight with headroom, it was planned to be 1,85:1.
Actually, we just wanted to do some test shots in Athens, but Christian, a friend of us, a musician, spontaneously got invited for a studio recording session on the occasion of a Leonard Cohen remembrance day on a Greek radio station. We took the opportunity to capture some impressions.
Even just having this HDMI output gave us a feeling for what could have been in the raw footage... still sad, that something went wrong there... so, we definitely will check on this camera further on... hope to solve the import issues and do some proper shootings:)
By the way, we used Zeiss 16mm Distagon PL Mount Lenses and Davinci Resolve for grading, Final Cut X for editing.
We hope you guys like it, even so it is just a workaround!

A documentary of the recording of „Famous Blue Raincoat“ we did at Electricity Sound Studio, Athens, on 5th November for the Leonard-Cohen-Day on Radio Pepper 96.6